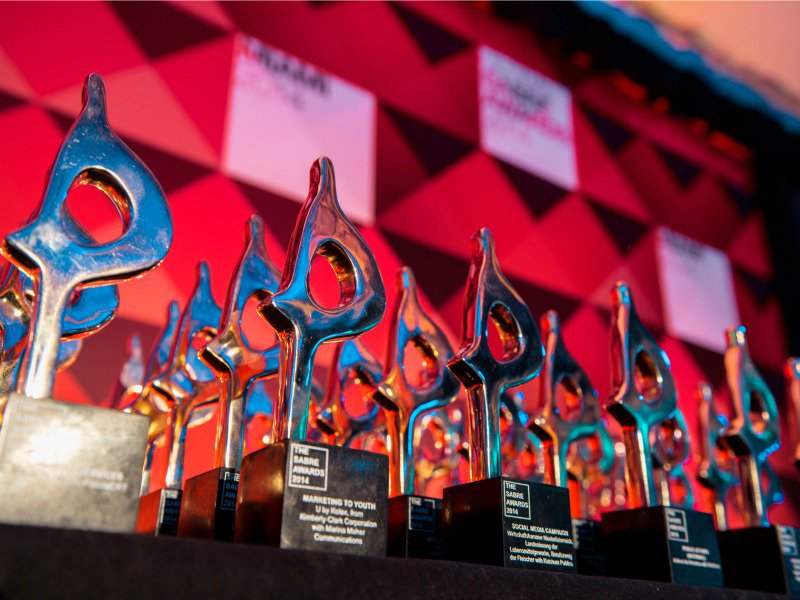 Engage BCW has been recognized for excellence in five campaigns in this year’s Africa SABRE Awards.

“We have always believed in excellence. We operate on the premise that when the client is happy, then everyone is happy. This award is a vote of confidence in our commitment to excellence,” said Engage BCW Managing Partner Desiree Gomes.

Engage BCW was a winner with the #AStarisborn campaign in the integrated marketing category that ran during Toyota Kenya’s launch of the new Toyota Starlet.

For cause-related marketing Engage BCW was recognized for the #OPPOcares and #Sarovacares campaigns which highlighted OPPO and Sarova Hotels efforts to support communities during the COVID-19 pandemic.

The #NWHbouncesback campaign was feted under the issues and crisis management category. The campaign resulted in Nairobi Women's Hospital being reinstated by insurance companies to the latter’s list of accredited healthcare services providers.

Finally, in the public sector/government relations category, the integrated communications firm was recognized for the #Askyouraviator series, highlighting activities carried out by the Kenya Civil Aviation Authority.

What does the Earth Day mean for Del Monte Kenya?

The theme of this year’s Earth Day is, “Together, we can Restore our Earth.” This is a timely reminder to all of us that we have a critical role to play in preventing the coming disasters of climate change and environmental destruction. As you are aware, The United Nation’s Sustainable Development Goals (SDGs) call for immediate action to combat climate change. Shifting temperatures, unpredictable weather patterns, and more severe storm events threaten the health of communities and ecosystems across the country.

“As an agriculture company, we believe that a sustainable future for all is possible, but it requires commitment and action from everyone today. We rely on the health of our planet and the wellbeing of our people. That is why we are devoted to working towards A Better World Tomorrow – to ensure environmental protection and conservation.” Said Moses Machayo; Environment, Health and Safety – Senior Departmental Head, Del Monte Kenya Ltd.

As part of their climate change mitigation efforts, Del Monte Kenya is constantly working with their neighbors and communities to plant more trees annually.

“Over the past three years, we’ve been able to plant more than 20,000 trees at Ol Donyo Sabuk National Park, and this year we planted 10,000 indigenous trees in this endangered ecosystem and donated 3,000 tree seedlings to the neighboring community. It is our hope that these efforts will contribute significantly to the country’s goal of increasing its forest cover to 10 percent of the landmass.” Added Machayo.

“At DMKL, we are working to align our efforts to Kenya’s Nationally Determined Contribution to the Paris Agreement, which aims to reduce the country’s greenhouse gas (GHG) emissions by 32% by the year 2030. This new tool will give us the data we need to set greenhouse gas emissions baselines and develop science-based targets in the future.” Added Machayo. 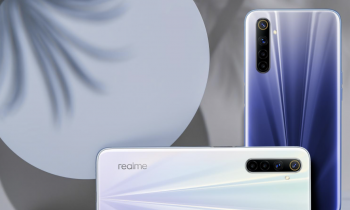 The evolution of Fast-Charging Technology

Smartphones have been a part of our lifestyle for several years now. The year 2012 was the time smartphones became very popular as before people were content with the mulika mwizi which at the time served the required needs.

Over the years, the smartphone market has grown one with increasing innovative trends. One of the major evolutions that happened in the smartphone industry is that of the charging technique and speed of charging.

The first smartphones that came to the market had slow charging systems which required lengthy amounts of time to get the device fully charged. The battery capacity on initial smartphones was of low capacity which sent manufacturers to the drawing board to invent ways to improve this.

Initially, smartphone features such as fast charging were only limited to high-end devices, but thanks to increased competition and the offering of new features with every new release, it has become one of the top considerations people look at before making a purchase.

People are increasingly looking for a smartphone that has powerful batteries and charge faster compared to other options in the market. This has led to phone makers embracing the fast-charging solutions that are now taking the market by storm.

The technology has reduced the torturous waiting periods for charging from 3 to 4 hours or nightlong charging culture to a few minutes of charge that lasts you through your busy day. This technology has enabled people to have more time interacting with their phones as opposed to waiting for hours for them to charge.

Studies show that most users charge their phone upon waking up in the morning, with most charging their phone for only half an hour, and around 50 percent responding that they are most likely to only charge for 15 minutes. Since many of the latest smartphones are equipped with a battery of 4000mAh or larger, this poses greater demands on charging technology.

One of the market players that has integrated the fast-charging technology is realme. It has incorporated the fast charging technology in its latest portfolio of phones from realme in Kenya which include realme C12 and realme 7i that added to four other realme smartphones and three AIoT products in Kenya including realme C3, realme C11, realme C15, realme 6, realme Band, Air Neo, and Buds Q have which also feature the same .

One thing that cuts across the realme phones is the massive capacity of their batteries and how fast they charge. The company believes that it is through the redefining of the charging system that it will be able to crack the highly competitive market.

The realme 7i is undoubtedly one of the best realme fast charging supported mobile phones. A powerful Qualcomm Snapdragon 662 sits at the core of this phone along with 8 GB of RAM makes it a spectacular masterpiece. The battery is a massive one with a 5000mAh with an 18W fast charge feature. The battery charges faster and lasts longer as compared to other players in the market.

At the same time, realme C3 is easily one of the top realme fast charging supported mobile phones. The performance is handled by a MediaTek Helio 80G SoC, which makes the phone fairly powerful. realme C12 has the same powerful charging features too. The C12 has a fast charging of 10W.

Fast-charging has numerous advantages. It makes charging more convenient by lessening the time it takes for a battery to get a substantial amount of power needed to operate a mobile device. Besides, some portable battery packs or power banks have fast charging features. These accessories improve further the usability and mobility of mobile devices.

The problem with devices equipped with a higher-than-average battery capacity is that they take longer to charge fully. It would be impractical to wait for them to reach full charge. During time-critical scenarios, users would just unplug them from an outlet and settle for partially charged batteries. However, because fast charging tries to provide as much charge as possible for a shorter period, the technology makes batteries with higher capacities practical.

Another advantage of fast charging technology is that it also includes hardware and software mechanisms for protecting the integrity of the batteries, primarily by protecting against overheating and power surge that could lead to internal circuitry damages and explosions.

To illustrate further, the adaptive charging standard from Samsung fast charge batteries until they reach a certain charge level or percentage. Upon reaching such a percentage, the technology adapts to normal charging mode.

A recent study[1] on how Covid-19 had caused an economic toll in nine countries, including Kenya, shows that 45 percent of people were forced to miss or reduce meals while only 11 percent were able to access relief aid of any kind from governments or NGOs, and in some communities, it was zero percent.

Crown Paints Group Human Resources Manager Nicholas Wanambisi said: “Ramadhan is the most important period of the year for Muslims with a month marked by gratitude, prayer, family and community. We must show our brothers and sisters WE ARE ONE despite the current economic hardships brought about by the Covid-19 pandemic.”

To run the initiative, Crown Paints has partnered with IQRA – a Muslim-based radio station based in Nairobi – to emphasize the Covid-19 protocols during Ramadhan as well as identify 30 vulnerable families that deserve support. 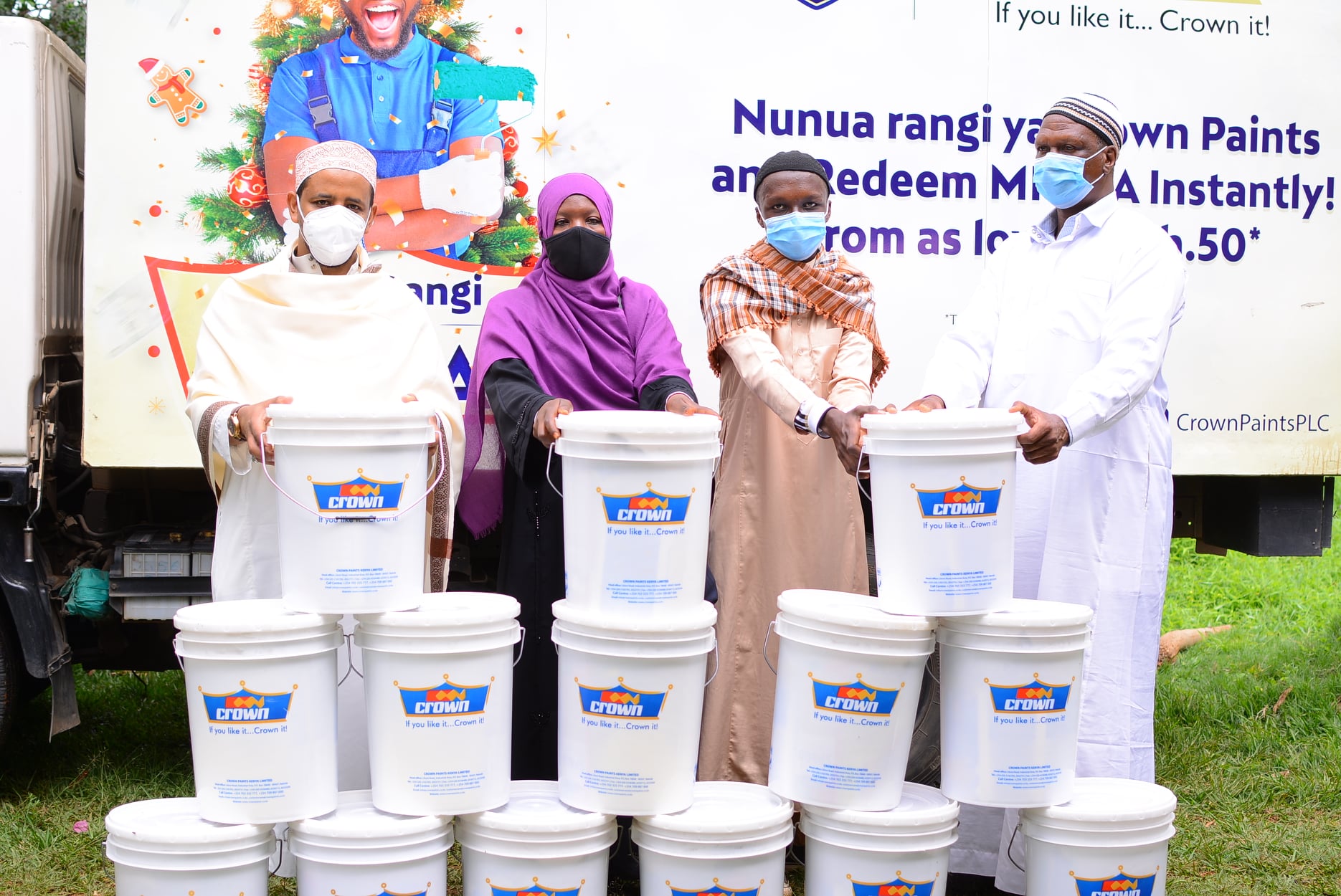 Omar and the Safari Doctors travel by boat, road and air to bring medical care to people living along a remote area of islands, the Lamu Archipelago, near the Kenyan-Somali border.

She spoke to CNN International’s African Voices Changemakers programme about how the organisation has grown from humble beginnings: “When we first started it was mainly about getting immunisations out to rural areas and making sure that a woman who wanted access to family planning could get it. So just providing that primary care of your cough syrups, your pain medication, and then advancing from going to about a hundred people a month to now up to like 2,500 people every month.”

Their work has been internationally recognised, with Omar winning the UN-Kenya Person of the Year Award in 2017, and also being named a Top 10 CNN Hero in 2016. She describes how the company went from serving one village to an award-winning mission covering twenty-four villages.

“It started as a 'by the way' and it ended up being a full-time and full-blown entity. We ended with a CNN Heroes Award which kind of put that strong stamp of accreditation on the work that we're doing. And kept us going financially, network wise, and really amplifying the voices of change coming from the ground going up,” she recalled.

Having started with the distribution of vaccines and other medical services using dhows and motorbikes, the Safari Doctors initiative has expanded to a network currently using its own speed boat and medical vehicle and offering improved facilities including veterinary services. Omar talks about their future expansion, “The idea now is expanding to preventative health. So, we train a cohort of community health workers, especially the youth, to address issues around population health, environmental awareness, and getting it into that model of mobile primary and preventative healthcare that comes to the last mile doorsteps of the communities in need.”

Omar is full of praise for the Safari Doctors team and she explains how young people form the centre of this group, “We cover the whole of Lamu County with a team that is out of this world, absolutely mind-blowing, young, energetic. Actually, out of a staff of 12, I'm the second oldest staff member. I look around and I'm like, Safari Doctors is run by people under 35 and a lot of them actually under 20.”

This network has also been instrumental in disseminating information on COVID-19 and tracking possible causes in the communities they serve. Omar details their work during the pandemic, “What the pandemic did, it really solidified our outreaches. It was us really putting a face to the pandemic when we went out to the community, from issues around social distancing, handwashing and getting the communities to see that, okay, this is not something that's just happening in the city. These are the precautions that we need to take on the ground as well.”

Omar and her team remain passionate about helping their communities. She sums up the Safari Doctors’ goal, “It's a peaceful change opportunity and tapping into I would say an underrated resource which is human power. It's a beautiful feeling to work at home with my people especially the younger people and play our part in transforming our own communities and actually feeling like you're making a difference.”

Food and beverage processor – Del Monte Kenya Limited (DMKL), has contributed foodstuff and facemasks to support 600 families in Murangá County through Senator – Hon. Irungu Kangáta. This is to bolster efforts towards containment of Coronavirus pandemic in the County.

Stay On The Loop

Subscribe to our news letter to get the lattest Yoga news